The performances are on 17 and 18 December.

TIIT HELIMETS, principal dancer of the San Francisco Ballet, will appear as a guest artist in the Allen Civic Ballet’s production of The Nutcracker, at the Performing Arts Center at Allen High School in Allen, Texas on December 17 (Evening) and 18 (Matinee), 2022.

Tiit Helimets was born in Viljandi, Estonia and received his ballet training at the Tallinn Ballet School.

In 1996 Mr. Helimets joined the Estonian National Ballet as a soloist, and was appointed a principal dancer, within six months, that same year. Mr. Helimets’ repertoire included Prince Desire and Bluebird in The Sleeping Beauty, Albrecht in Giselle, Siegfried in Swan Lake, Romeo in Romeo and Juliet, and Daphnis in Daphnis and Chloe.

In 1999 Mr. Helimets received an award from the Arts Council of Estonia for his performances in The Sleeping Beauty and Romeo and Juliet.

He also performed in the International Ballet Star Gala in Taipei, and danced the title role in Balanchine’s Apollo as a guest artist with the Birmingham Royal Ballet.

In 2018 Mr. Helimets choreographed a ballet for the Estonian National Ballet.

Below you will find a list of all our important dates for the Spring and Summer Seasons here at the Allen Civic Ballet.

Tickets can be purchased through Allencivicballet.org

Ages 12 and up with at least one year of pointe experience for females.

The cost is $20 per couple — Please email allenconservatoryofdance@gmail.com to register for your class.

We hope to see you there!

You can find the audition application at AllenCivicBallet.org under the news and events tab as well as our Q&A for what is required of a company member.

REGISTRATION FOR SUMMER 2021 is now open.

Summer is when we notice the biggest improvement in our students’ technique and artistry. We encourage you to take advantage of the smaller class sizes and your child’s less stressful schedule that summer study offers!

If you are a returning student login to your on-line account , select from the pre-approved class list and pay the registration fee along with August tuition to hold your dancer’s place.

Madame Krassovska was born in Leningrad (now St. Petersburg) in 1919. In 1936, Madame Krassovska joined Ballet Russe de Monte Carlo and quickly attained the rank of Prima Ballerina. She went on to become Prima Ballerina with the London Festival Ballet from 1950-1960, and founded the Krassovska Ballet Jeunesse in Dallas in 1963, to pass the art of classical ballet to the next generations. She served as the Artistic Advisor to the Allen Civic Ballet from its inception in 1999 until her death in 2005. 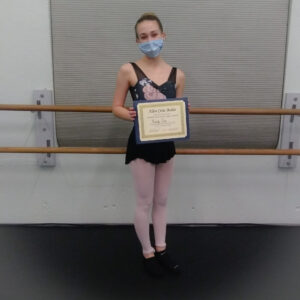 Catharina Moudy was a founding member of our board until her death in 2005, and our very first Sugar Plum Fairy in Allen Civic Ballet’s first Nutcracker in 1999. 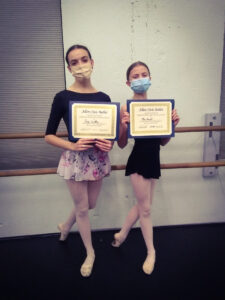 Brynt Beitman danced and partnered with all of the founding board members and was our first Sugar Plum Cavalier until he left to study at Juilliard on full scholarship. After graduation he has worked as a dancer and choreographer in NYC. He has choreographed numerous original contemporary works for the Allen Civic Ballet. 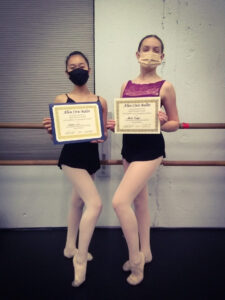 This holiday season, the Allen Civic Ballet offers family events designed with your health and safety in mind.

TEA WITH THE SUGAR PLUM FAIRY

Our “Tea with the Sugar Plum Fairy” is the perfect event to take your daughter or granddaughter to! We welcome our guests into the Snow Queen’s Kingdom and serve tea, lemonade and treats, while (masked) characters from the ballet visit each table. Mother Ginger tells the story of the “Nutcracker” with the help of the characters. Guests over the age of 10 must wear a mask. Our seating is designed to socially distance our guests. The Tea will be held December 6th at the Hilton Garden Inn Allen, located at 705 Central Expy S, Allen, TX 75013. For more information about the event, including our covid-19 protocols, or to purchase tickets, visit https://allencivicballet.org/tea-with-the-sugar-plum-fairy/ 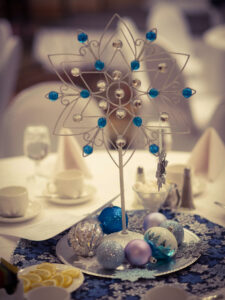 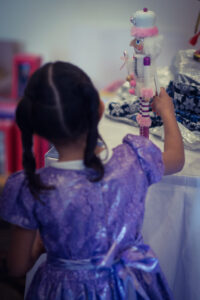 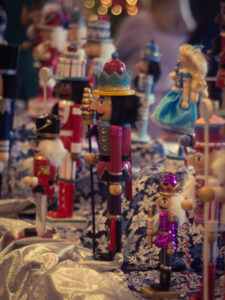 What holiday season would be complete without the Nutcracker ballet? Don’t miss the magic, drama, and excitement of this holiday classic in this live stage production. Due to social distancing measures, seating is extremely limited, so get your tickets soon! Allen Civic Ballet presents “Nutcracker” on December 19th & 20th. Performances will be held at the Performing Arts Center located at 300 Rivercrest Blvd, Allen, TX 75002. We are finalizing details with the PAC, and tickets will be on sale soon at https://allencivicballet.org/the-nutcracker/ 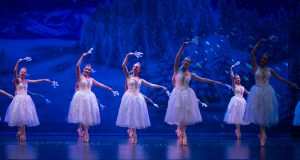 Attention Girl Scouts or American Heritage Girls! We have patches available at our boutique or at our business office for participants in both the Nutcracker and Tea with the Sugar Plum Fairy. Email us at allencivicballetevents@gmail.com

Subscribe to our newsletter and be the first to know when tickets are available! To subscribe enter your email address near the bottom of our homepage.

Guests are welcomed into the Snow Queen’s Kingdom as The Nutcracker comes to life through a combination of dancing and storytelling. All of your favorite characters are available to visit your table or meet with you in socially distanced settings.

ALL SALES ARE NON-REFUNDABLE

All children must be accompanied by an adult. For toddler’s aged 1-2 you must purchase a ticket for them if they receive their own plate and their own seat, but if they sit in your lap and eat off your plate they do not need a ticket of their own. 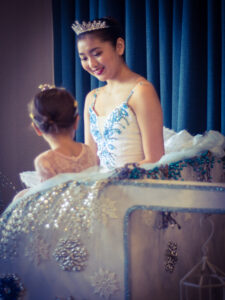 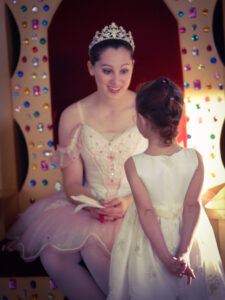 We take your safety seriously 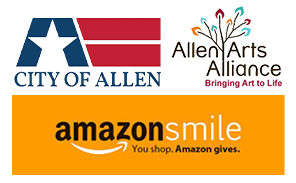